The History of the Greyhound: Then to Now

These days, greyhounds are synonymous with super speed and athleticism - but this isn’t where the breed began, and the history might surprise you! 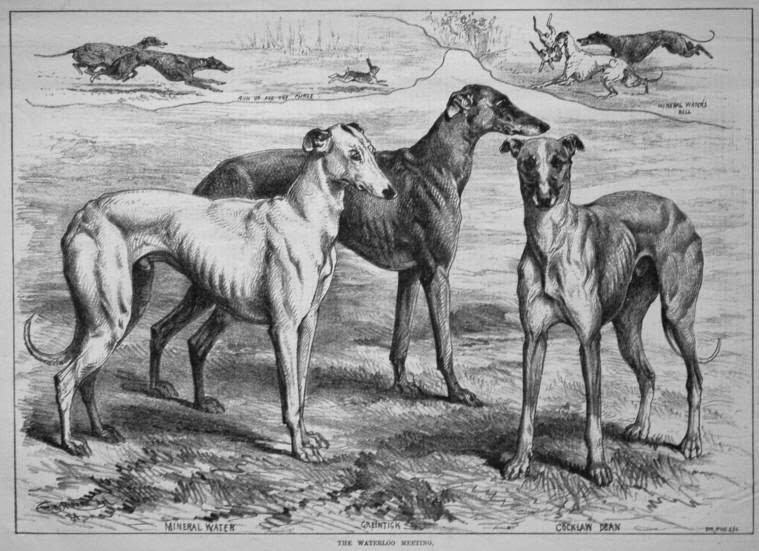 Greyhounds as a breed are the oldest purebred domesticated dog breed, with evidence of the animal dating back to the time of the Pharaohs. The first confirmed records of greyhound-type dogs appear around 8000 years ago. All sighthounds that we know today are descended from the ancient greyhound. But what is perhaps most fascinating about this ancient breed is that they were not simply seen as pets - they were revered as gods, and only royalty was allowed to own them.

If you own a retired greyhound as I do, you can understand this sentiment. Not only is the breed itself incredibly regal, but these retired racers certainly command a lot of respect and adoration from owners and spectators alike.

We aren't sure of the origins of the name “greyhound”, but we do know that it doesn't refer to the colour of the dog. While 'blue' greyhounds have a grey hue, the vast majority do not, and are instead a rainbow of beautiful colours and patterns.

Greyhounds appear in both Greek and Roman mythology and are even mentioned in the Bible – the only dog breed to have this honour. During the Dark Ages, greyhounds were saved from extinction by priests who bred them for noblemen – and until around 1700, owning a greyhound was the exclusive right of nobility. Many historical figures, such as Christopher Columbus and Queen Elizabeth I owned hounds, and Shakespeare himself wrote about them in Henry V.

One fun fact that might shock you is that every purebred greyhound alive today can trace its lineage back to just one dog – King Cob – whelped in England in 1839.

As of the 21st Century, though, greyhounds are known for being by far the fastest breed of dog in the world, reaching speeds of up to 70km/h in short bursts. Greyhounds are now so revered as pets that more adoption organisations (such as GAP!) exist for them than for any other individual dog breed! From past to present; greyhounds truly are the best.